Villains with a deadly wanderlust: Breast cancer tumours often form daughter colonies in vital organs, a process known as metastasis. However, there is hope in the battle against this fatal cancer trait. Thanks to new combination therapy, scientists have been able to transform travelling cancer cells into harmless fat cells. This approach has already proven successful in tests with mice: Cancer researchers were able to suppress the formation of metastasis and therefore keep the cancer in check. 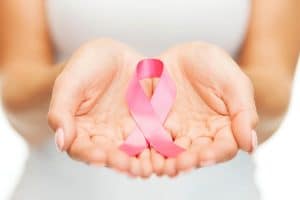 „I’m afraid to tell you, your cancer has metastasised…“ This is some of the worst news a doctor can give to a patient. If a primary tumour forms daughter colonies somewhere in the body, the patients chance of survival is drastically reduced. In this context, it is well known that the likelihood of metastasis varies between the different types of cancer. In the case of breast cancer, there are several variants with an especially deadly wanderlust, which is why breast cancer is on the most lethal types of cancer in women.

When cancer is on the move

This characteristic comes from the malignant adaptability of tumour cells by reactivating cellular processes that normally take place during the early stages of human development. The so-called epithelial-mesenchymal transition (EMT) in embryos enables the growth of organs. Tumour cells make use of this process in order to acquire the free-moving traits of other cell types. Once they have this ability, they break off from the cell complex of their sedentary primary tumour. They are then transported to other regions of the body via the bloodstream where they then settle down and form new cancer colonies (a.k.a metastases).

A team led by Gerhard Christofori of the University Basel has devoted a lot of time studying the molecular processes that regulate the cellular EMT programme. Their goal is to identify new approaches in the fight against cancer and metastasis through insights into this system. And they succeeded! They tackled the phase in which the tumour cells went through the cellular EMT programme – so when they are especially adaptable and become mobile. Simply put, the researchers managed to turn the tumour cells into sluggish fat cells that remain inert and don’t multiply instead of malignant travellers.

This is possible thanks to the combination of 2 well-known drugs: Rosiglitazone, used to treat many patients with diabetes, and Trametinib, which inhibits the growth and expansion of tumour cells. By conducting tests on mice that had especially aggressive human breast cancer cells implanted, researchers were able to show that the mice receiving the combination treatment had no metastases in comparison to the control group. The team was also able to demonstrate how the tumour cells transformed into harmless fat cells instead of mobile cells after passing through the EMT process by using molecular detection methods.

The researchers, however, stress that although this concept does not transform the primary tumour into fat – it could possibly dry it out: They assume that the blockade of the tumour could also affect its ability to withstand traditional chemotherapy. The scientists now want to take a closer look at this possible effect.

„In the near future, this innovative therapeutic approach could be used to suppress the growth of the primary tumour and deadly metastases in combination with traditional chemotherapy“, summarises Christofori. He stresses that the results also show the exceptional plasticity of cancer cells and how we can therapeutically exploit this. Now we just have to wait and see how this promising approach will continue to develop.