The incidence of the metabolic syndrome is increasing rapidly: This combination of several symptoms including elevated blood sugar, increased waist circumference and altered blood fat levels all present an increased risk of developing cardiovascular diseases. Recent studies tellingly show that the use of probiotics have a positive effect on certain factors of the metabolic syndrome.

The metabolic syndrome has quickly become a widespread disease. It is only caused by hereditary components in 3% of all cases – whereas our modern diet, lifestyle and lack of exercise are mainly to blame for this new pandemic in which our energy intake exceeds our energy demand. Meanwhile, depending on the definition, 19-31% of the population in Austria and Germany are affected by the metabolic syndrome, with a higher prevalence occurring at an older age.

A change in lifestyle is an essential part of the treatment to reduce symptoms in the long run. However, the fact remains that the metabolic syndrome has become a disease of affluence, and the increasing number of patients shows that a change in lifestyle is difficult or not sustainable for the majority of people. The treatment of the individual symptoms is done with medicines (i.e. insulin to lower the blood sugar, ACE inhibitors to lower blood pressure, statins improve cholesterol levels etc.), yet these naturally come with numerous side effects such as muscle pains, liver and kidney problems. 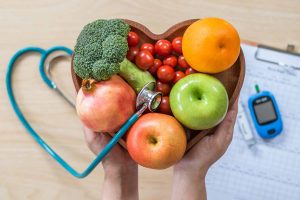 Examinations show that an elevated insulin concentration in the bloodstream leads to increased permeability of the intestinal barrier. These elevated insulin levels in the bloodstream are a result of this blood-sugar-lowering hormone not working properly. Because of the increased intake of sugar, the pancreas produces more and more insulin to process the excess sugar. However, the insulin receptors in our bodies can’t cope with this insulin surplus and become resistant to the hormone. As a result, the produced insulin isn’t used and stays in the bloodstream. At the same time, this means that the blood sugar levels can’t be regulated adequately and are therefore chronically elevated. Without intervention, this could lead to type 2 Diabetes.

The increased intestinal permeability allows harmful substances and especially bacterial toxins (e.g. lipopolysaccharides) to enter our organism in large numbers: So-called endotoxins are released when bacteria fall apart, enter the bloodstream through the „Leaky Gut“ (permeable intestinal wall) and poison the body (endotoxaemia). The organism then responds with an inflammation which reduces the function of the organs and tissue.

Because of the correlation between insulin resistance and increased intestinal permeability, it seems reasonable that especially combined probiotics, which are known to improve the barrier function of the intestinal mucosa, could have a positive impact on the symptoms of the metabolic syndrome. This was recently confirmed in clinical studies, and the impressive results offer new treatment options: 96 untreated patients with type-2 Diabetes were either given the probiotic OMNi-BiOTiC®HETOX light or a placebo in a double-blind study.

After 12 weeks, the probiotic group showed a significant clinical improvement of their insulin-resistance: Both the insulin concentration as well as the blood sugar levels were lower than when the treatment began. Furthermore, a significant improvement of the „Waist-to-Hip-Ratio“ was documented and is associated with a reduction of the dangerous belly fat. Surprisingly, there was also a clear correlation between the lower amount of endotoxins and the reduction of „bad“ blood fats (triglycerides).

A special risk group with regards to the metabolic syndrome are women who have already had their menopause: According to the World Health Organisation, more than 60% of these women are overweight or obese. In a further placebo-controlled study, the effect of OMNi-BiOTiC® HETOX light was tested on 81 obese women after their menopause. Even in this scientific study, the probiotic group showed a clear improvement after 12 weeks in comparison with the placebo-group: The lipopolysaccharide levels, which is a good indicator for an endotoxaemia and a permeable intestinal barrier, were reduced by more than 20% in this short period.

Even the blood sugar levels were clearly lowered (7,92%) as well as the insulin levels (22,4%), which confirms the correlation between a dysfunctional intestinal barrier and insulin resistance as pointed out at the beginning. Furthermore, other substantial positive effects were shown on further cardio-metabolic parameters: Besides the hip circumference (1,7%) and fat percentage (3,44%), the subcutaneous fat (outer stomach fat) was significantly lowered. Even the total cholesterol (7,32%), LDL (Low-Density-Lipoprotein; 3,99%) and triglyceride levels (7,05%), as well as the concentration of uric acid (11,8%), were decisively lowered.

The results of this high-quality clinical study clearly show that probiotics such as OMNi-BiOTiC® HETOX light have the potential to be a pertinent part of the treatment of patients with metabolic syndrome: Within a few weeks after the intake of these medically relevant probiotics, the symptoms and physical measurements were considerably improved, and the consequences of an endotoxaemia avoided. These probiotic medicines also have other important advantages: By using a completely natural substance, this treatment has no unwanted side effects – and is therefore perfect for patients that can’t absorb and process synthetic drug because of functional disorders. Further clinical studies concerning probiotic treatments for the metabolic syndrome are currently under development. 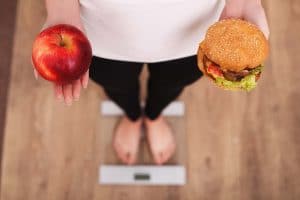 This combination of various symptoms is also known as the „deadly foursome“, „Reaven-Syndrome“ or „Syndrome X“ and is one of the most common causes of cardiovascular diseases such as heart attacks, strokes and coronary heart diseases. According to the World Health Organisation (WHO), the metabolic syndrome is defined by a disturbed carbohydrate metabolism (Diabetes mellitus, glucose-intolerance and insulin-resistance) and at least 2 of the following criteria need to be fulfilled:

Calculating the Body-Mass-Index (BMI): Bodyweight in kg divided by the square height (m2)