Inflammatory bowel diseases such as Crohn’s disease or ulcerative colitis are on the rise and are a huge burden for – the often young – patients. Now, scientists from Bern were able to identify a characteristic change in gut bacteria – a so-called „bacterial signature“ that influences the progression of the disease as well as therapeutic success. These insights could simplify and improve the treatment of bowel diseases in the near future. 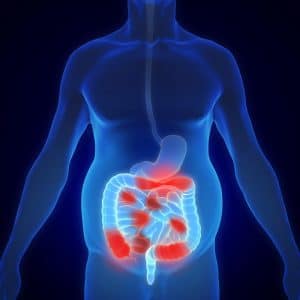 Bern/Switzerland – Countless gut bacteria live with us in symbiosis and are crucial for our wellbeing. If this sensitive balance is unhinged and the composition of our intestinal flora is altered, as a result of our diet or the intake of medications, the functions of our gut bacteria also change. This results in a reduced state of health which can lead to Inflammatory Bowel Diseases (IBD).

Crohn’s disease, which can affect the entire gastrointestinal tract, and the colon disease ulcerative colitis both belong to the group of IBD’s. Both affect up to 30 per 100.000 people yearly in Europe and North America. In Switzerland, cases have drastically increased within the last 10 years: from about 12.000 patients in 2004 to 20.000 in 2014. Inflammatory bowel diseases have severe social and economic consequences, as most patients are younger than 35 when the disease first presents itself.

Recently, a research group under the leadership of Andrew Macpherson, Bahtiyar Yilmaz and Pascal Juillerat from the Department for Biomedical Research at the University of Bern and the Gastroenterology Department from the University Clinic for Visceral Surgery and Medicine at the University Hospital Bern discovered that changes in certain groups of gut bacteria could lead to IBD. They also found that changes within these groups of bacteria even contributed to relapses in patients who had parts of their inflamed bowels removed.

Networks in the intestinal flora that influence the progression of diseases

The researchers studied the effects of several clinical factors on the intestinal flora of 270 patients with Crohn’s disease, 232 patients with ulcerative colitis and 227 healthy patients. The probes came from 2 large patient cohorts, the first from a Swiss cohort (Swiss IBD Cohort) under the leadership of Professor Gerhard Rogler from the University Hospital Zürich with the cooperation of several other hospitals in Switzerland, and the second from a Bernese cohort at the University Hospital Bern. „Having access to this data makes our study one of a kind“, says Bahtiyar Yilmaz, co-author of the study. „No other study had this level of detail in their clinical data which includes disease progression, response to treatment as well as environmental influences.“

The probes revealed that the intestinal flora from IBD patients was fundamentally different from that of healthy patients – the main difference being an increase in strains of bacteria that cause intestinal diseases and a decrease in bacteria that are vital for our intestinal health. The scientists also discovered 18 new groups of pathogenic germs. What’s more, they found that age and fitness had a bigger impact on the progression of the disease than lifestyle or the form of treatment. The fitter the patient, the fewer problems they had with their disease.

Bacteria that produce short-chain fatty acids play an important role: They „feed“, among others, the cells in the intestinal mucosa and strengthen the intestinal barrier that prevents food and bacteria from entering the bloodstream unhindered. The amount of these protective bacteria groups is diminished in IBD’s: „We discovered different networks within the intestinal flora. On the one hand, specific signatures are associated with a severe disease progression, i.e. a resurgence, and on the other hand, a bacterial signature that can be found in mild cases and a good response to therapy“, explains Andrew Macpherson, head of the group and last author.

„The many different ways that these diseases progress makes the treatment of IBD difficult“, says Andrew Macpherson. „The more we know about pathogenic or healthy bacteria, the more accurately we can activate or suppress them in order to influence the progression of the disease and improve the quality of life of the patients.“

„As long as the different diseases each exhibit a specific signature of bacterial-networks, we can use them for future therapeutic approaches“, explains Pascal Juillerat, co-lead-author. While tracking these bacterial-signatures, algorithms for machine learning were used. These will be helpful in the future in the search for bacterial strains that cause IBD’s or promote our health. Ultimately, the scientists hope that the prevention and treatment of IBD will improve through follow-up studies and that the costs for the economy and the health system can be reduced.