The unfulfilled desire to have children or suffering a miscarriage are both topics that those affected may unfortunately rarely talk about due to the taboo associated with them. To combat this taboo, having the right knowledge is essential. Only if we take the time to understand these issues, can we be prepared enough to talk about them. It is not quite as easy as we might expect with the classic vision of the stork bringing the babies, as there is, in fact, a complex system behind conception. The female cycle with all its subtleties and facets is a highly sensitive system, and only when everything is perfectly in sync and prepared, can new life come into being.

How does a pregnancy begin? 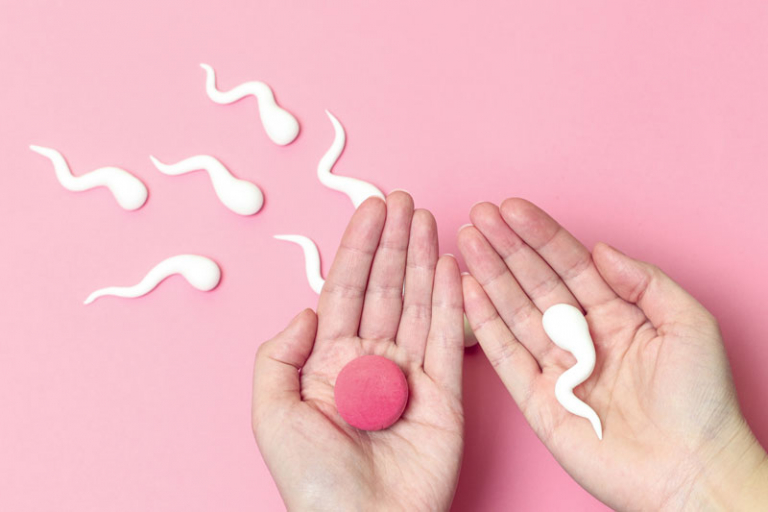 During the female cycle, the hormones FSH (follicle stimulating hormone) and LH (luteinising hormone) form so-called follicles, which ideally contain at least one egg cell. When the LH hormone reaches its highest value (the so-called peak), this is the starting signal for the egg cell.

Ovulation occurs close to this peak. In order to fertilise the egg, it is advantageous if there are already sperm in the vicinity – i.e., in the fallopian tube. This ultimately also determines the fertile window because sperm can survive in the female body for up to 5 days. For the sperm to reach the egg on time, they have to travel a long way – through the uterus and through the fallopian tube.

According to new findings, the sperm should receive a signal to choose the right path and therefore also to swim through the correct fallopian tube. As if they had a compass on board, the sperm swim their way to their destination – the egg. Once they reach the egg, a competition takes place between the sperm to find the “entrance” to the egg. The winner of this competition penetrates the egg, causing the opening to close.

From now on, the egg is fertilised. However, this does not mean that pregnancy has automatically occurred. At this point, the mother does not yet receive any indication that new life may be developing.

From fertilised egg to pregnancy

On its way, the zygote divides further, becoming a morula (a spherical organism consisting of 16-32 cells) when it reaches the end of the fallopian tube. The journey through the fallopian tube to the uterus involves a journey of about three days. In the meantime, the uterus has prepared itself  adequately to be able to welcome the cluster of cells. Through the influence of oestrogen and progesterone (two essential hormones involved in the female cycle), the lining of the uterus has been built up and prepared for implantation. The morula transforms into a so-called blastocyst and tries to attach itself to the uterus lining. During this process, many complex processes are underway that cause the egg to break open so that fusion with the uterus lining is possible at all. If you are undergoing fertility treatment using artificial insemination, you will be familiar with procedures such as Embryo Glue and Assisted Hatching – which support precisely this process of rupture and attachment.

As soon as the fusion is successful, the production of HCG (human chorionic gonadotropin) hormone begins, which will hopefully make the mother beam with joy in a few days. It is the hormone that is responsible for a pregnancy test being positive. Provided there are no underlying conditions, this hormone is produced exclusively during pregnancy. This hormone can be detected earlier in the blood than in the urine. For this reason, in some women, a blood test is carried out early in special cases, before a positive urine test is even considered. For example, this is done if the woman suffers from a KIR gene defect. Due to missing KIR genes, the immune system functions differently and the embryo is recognised as a “foreign” object and is therefore rejected. There are women who have been pregnant several times but did not even know due to the missing KIR genes. Just as with the determination of ovulation, women who want to have children become true detectives in order to fulfil their wish of having a healthy baby.

What role does an EndomeTRIO test play? 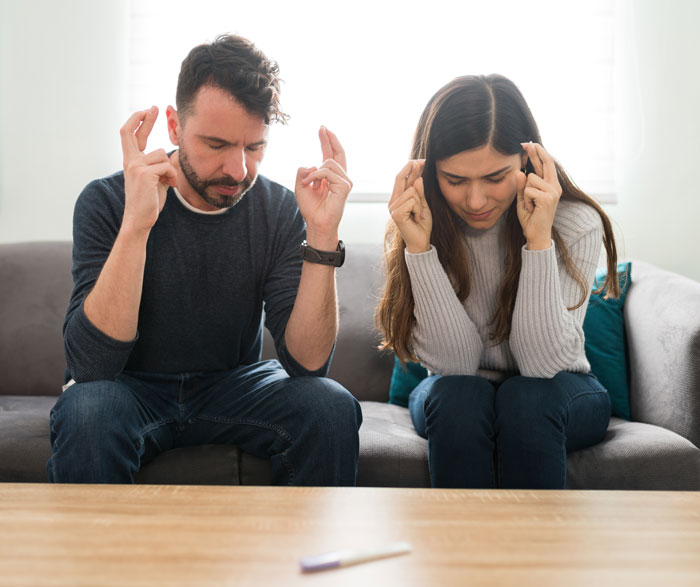 One possible test that can be used after repeated nidation failure (meaning that implantation could not take place) is the so-called EndomeTRIO test. This uses a simple swab to examine three crucial endometrial parameters. Specifically, these are the ERA, EMMA, and ALICE tests. The findings from these tests can be used to optimise the endometrium (the lining of the uterus) in a targeted way.

With the help of the ERA (Endometrial Receptivity Analysis) test, it can be determined when the ideal time frame for implantation is, because the endometrium is not permanently receptive to the embryo. This time frame is very individual and can vary from woman to woman (both forward and backward). In fact, the result of this test can already help to achieve successful implantation, as the pregnancy rate increases to 73% in couples with implantation failure.

However, once successful implantation has occurred, caution is still advised. A miscarriage can still occur. The spectrum of reasons (many of which are probably still unknown to medicine) ranges from a faulty set of chromosomes, a faulty immune system, inadequate micronutrients, a suboptimal or even pathogenic microbiome, to clotting disorders and other genetic mutations.

Not every one of these factors can be optimised. A genetic defect or a coagulation disorder cannot be repaired, but it can be treated. Various medicines are used – from off-label use (the use of a medicine for a purpose other than that for which it was developed) to classical therapy. However, the topic of the microbiome is becoming increasingly important for fertility treatment.

The Microbiome and Probiotics in Fertility

Microorganisms have an important function for the human body, that is already known. However, the fact that the uterus also contains important bacteria that can influence fertility is one of the more recent findings. This is where the EMMA (Endometrial Microbiome Metagenomic Analysis) test can help. It determines whether the composition/colonisation of the endometrial flora is beneficial or whether optimisations should take place here.

If the embryo repeatedly fails to implant, an imbalanced bacterial colonisation may be the reason.

If there is a lack of lactobacilli in the vagina, facultative pathogens have the chance to multiply and cause infections that significantly reduce fertility. The ALICE (Analysis of Infectious Chronic Endometritis) test can identify the bacterial culprits. The findings from this test allow for targeted treatment, which can ultimately also contribute to a pregnancy occurring

To prevent an overgrowth of pathogenic bacteria in the first place, it is important to strengthen the commensal flora. It is interesting to note that with a Lactobacillus-dominated microbiome in the uterus, 60.7% of embryos were successfully implanted at the first artificial insemination, but only 23.1% with a Lactobacillus-reduced microbiome. The rate of successful pregnancy decreased from 70.6% to 33.3% with a lactobacillus deficiency and the proportion of live births decreased from 58.8% to 6.7%.

How to deal with a miscarriage?

Women or couples who suffer a miscarriage have to learn to live with the pain of never knowing their child. This can lead to feelings of guilt and spiralling thoughts.

If a woman or a couple is open enough to talk about their desire to have a child or even the loss of a child, then support, distractions or similar can help the couple to find some hope. Support can come in the form of asking a simple question like “…is there anything I can do to help you…” or asking them if they want to spend some free time with you together.

Listen to your gut, talk about these problems and help to rid these topics of their taboo status. This is what will help most of all!