The vaginal flora and sex – how are they connected?

For example, pathogenic germs can be passed on, which cause various infections throughout the body. Even certain bodily fluids, e.g. sperm, can be exchanged during intercourse and can change the pH-value of the vagina as they are usually alkaline. The vaginal pH rises and becomes less acidic. In this changing environment, the balance of the microbiome is impaired. This is usually the cause of bacterial infections in the vagina. Normally, the vaginal flora can quickly rebuild the acidic environment after sex and therefore maintain constant protection.

What is honeymoon cystitis?

Many women have a painful reminder of the connection between bladder infections and sex. The so-called honeymoon cystitis is a bladder infection that is caused by intercourse. Back in the day, women traditionally had sex for the first time on their wedding night and suffered from the typical symptoms of a bladder infection the next day. These include frequent urination and burning during urination. Nowadays, many women still suffer from honeymoon cystitis. Frequent sex, as the word honeymoon in the name suggests, burdens the genial area of the woman and increases the risk of urinary infections or other diseases within the urogenital tract. The cause of this disease is usually the body’s own intestinal bacteria, so-called Escherichia coli bacteria.

What is the cause of recurring bladder infections? 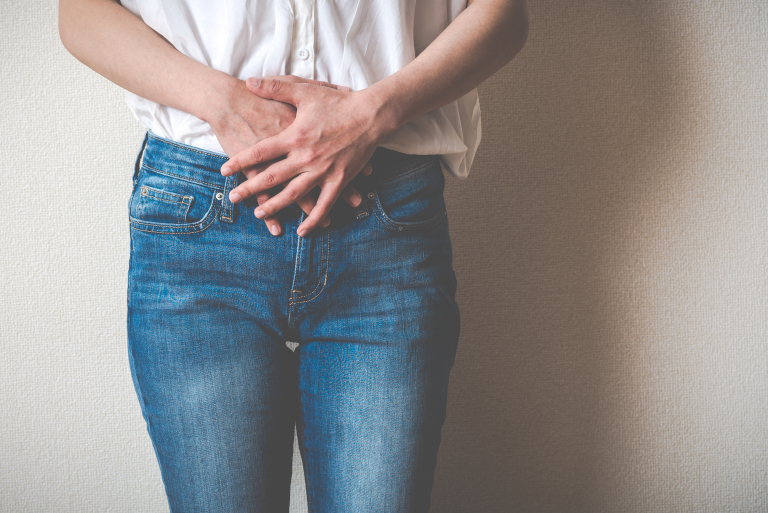 Once the bladder infection is finally gone, the next one isn’t far away. Roughly one in four woman suffers from recurring bladder infections, and researchers found out why: Tests on mice revealed that two types of bacteria are responsible for recurring infections – namely Escherichia coli and Gardnerella vaginalis. The former travels from the intestines through the vagina into the urethra and finally nestles within the bladder wall. Here, they are hidden so well that they are unreachable by antibiotics and are undetectable by the immune system. Once the germ Gardnerella joins the party, the E. coli bacteria are reactivated and resume causing havoc. It is also scientifically proven that there are bacteria that trigger infections, even though there is no trace of them in the body during the outbreak of the disease.

How can I prevent cystitis?

There are several ways to prevent bladder infections. It starts with the woman going to the toilet directly after sex, which reliably washes the bacteria out. Another thing a woman can do is keeping the lower abdomen nice and warm. A cold lower abdomen hampers the immune defence and weakens it against bacteria. Correct genital hygiene is also very important. As such, avoid wash lotions and soaps that change the pH-value of the vagina. Washing the genital area with warm water once a day is more than enough.

It is also not recommended to swap between anal and vaginal intercourse as the bacteria are directly transferred into the vagina. The intake of probiotics can support the vaginal flora with specially selected bacterial strains that have a positive effect on the vagina. These strains are mainly lactobacilli and promote the production of lactic acid in the vagina. Lactic acid is responsible for maintaining an acidic environment and therefore protecting the vagina. There are so-called vaginal suppositories that contain lactic acid or lactic acid bacteria, yet many women find the vaginal intake unpleasant and bothersome during intercourse. Furthermore, suppositories cause increased discharge which require the use of panty liners during intake. The oral intake of probiotics, on the other hand, is much simpler, more comfortable and hygienic.

How is cystitis treated?

Treatment of an uncomplicated bladder infection usually involves antibiotics. Antibiotics lead to a quick alleviation of symptoms, and the pathogen is completely removed from the body. However, this blind warrior doesn’t only destroy the pathogen causing the bladder infection but also other good and important bacteria within the body. Painkillers or spasmolytic drugs are often also used in combination with antibiotics which can also harm the microbiome. It is recommended to support the intestinal and vaginal flora with a probiotic during the intake of antibiotics to replenish these important and wholesome bacterial strains.