6 facts about the AllergoSan Institut

The main focus at the Institut AllergoSan for the last 30 years has been the research and development of products from natural substances such as probiotic bacteria, plant extracts and minerals. The intense cooperation with internationally recognised researchers in the areas of medicine, biology, pharmacy and biochemistry hast allowed the Insitute to build a recognised naturopathic centre of research and competence. 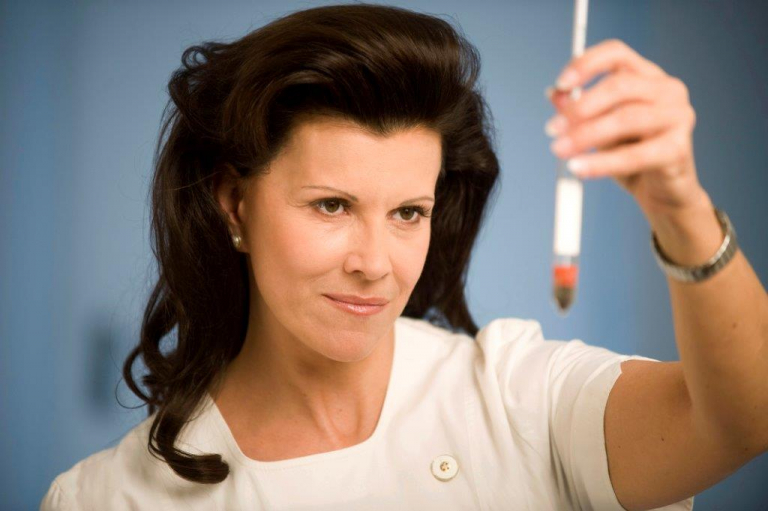 The Institut AllergoSan was founded in 1991. It was created and based on an idea by Mag. Anita Frauwallner and 20 other doctors, pharmacists and marine biologists to provide allergen-free foods and drugs for patients. The majority of clients back then had been suffering from chronic skin diseases such as neurodermatitis and psoriasis for many years and had finally found relief from their suffering.

In 1992, Mag. Anita Frauwallner became the manager of the Institute and put the focus on a special holistic and medicinal approach. Her philosophy was that the health of human beings is largely dependent on a healthy digestion. From 1993 onwards, the Institue produced allergen-free foods and orthomolecular supplements, as well as the first probiotics.

2. Who is the face behind the Institut AllergoSan?

Mag. Anita Frauwallner has been in charge of the AllergoSan Institute for almost 30 years. The institute is an Austrian company that works in cooperation with countless universities worldwide to make contributions with scientific studies in the field of probiotic medicine.

3. A philosophy that is more than just words!

The Institut AllergoSan sticks to a holistic approach: Its goal is to strengthen the backbone of human health before diseases can develop. 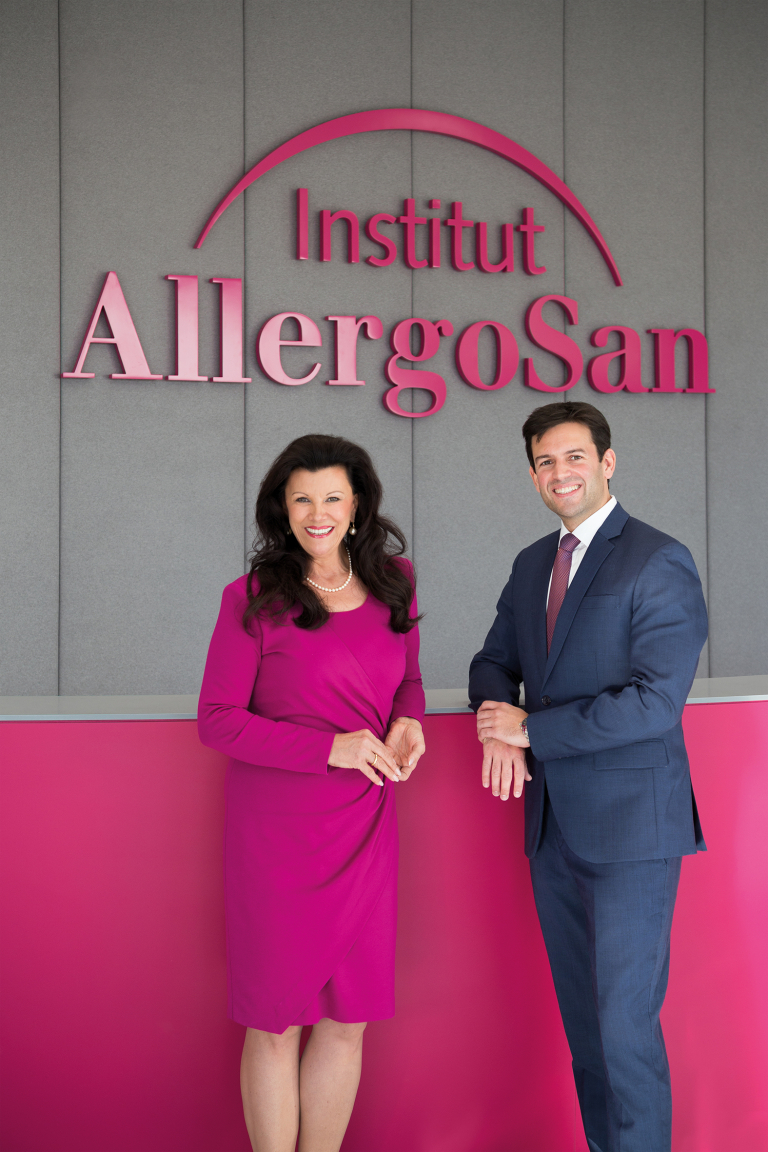 The Institut AllergoSan celebrated its first outstanding success back in the ’90s, not just with its first multispecies probiotic, but also with the development of the skincare line JAVACELL for people with neurodermatitis and psoriasis. Thanks to the married couples shared pharmacy in Graz, Austria, they had direct contact with their customers. This intense customer contact allowed them to see how a holistic approach “from inside and outside” could provide chronic patients with a carefree life.

After selling the pharmacy at the end of 2001, Mag. Anita Frauwallner dedicated her time to research at the Institut AllergoSan. The development of medically relevant probiotics and the combination of herbal essence with orthomolecular vitamins and minerals was the key to success. After studying at various local and foreign universities, her own son, Mag. Bernd Assinger, joined the executive board at the Institut AllergoSan in 2012 to push the company to new heights.

5. The key to success

An excellent team with longterm and new co-workers form the backbone of the Institut AllergoSan. Thanks to their continuous training, they can advise all parties in a friendly and competent manner and all look to the future full of motivation. A future that doesn’t belong to the chemical industry, but to the development of organic medicine based on regeneration and prevention.

6. Synbiotics of the highest quality for your intestines

The Institut AllergoSan is Austria’s leading centre of excellence in the area of microbiome research and produces one of the most renowned probiotic brands in the world, OMNi-BiOTiC. The products at the Institut AllergoSan are produced according to the WHO, WGO, FDA and OePROM criteria. Thanks to their excellent scientific successes in microbiome research – i.e. the investigation of all of the microorganisms that inhabit humans -, the Institut AllergoSan was able to make an international name for themselves. Their countless studies enabled an active exchange of information between the Insitute and research facilities and universities across the globe. This fills all of our co-workers with pride makes them optimistic towards the future.