Cholesterol out of control

Cholesterol is one of those blood values that almost everyone talks about. Most people know that there is “good” and “bad” cholesterol, but that is often all they know about this essential building block which is actually involved in multiple metabolic processes in the body. In an interview with Prof. Dr. Michaela Döll, expert in nutritional medicine and author, “bauchgefühl” magazine clarifies the most relevant questions about cholesterol and gets some valuable tips for you on how to get your cholesterol level under control naturally. 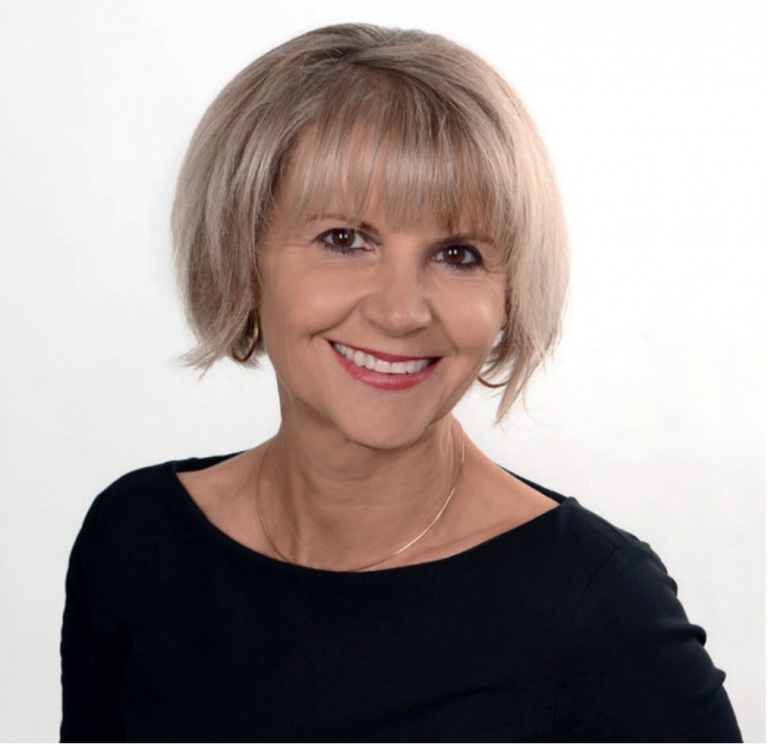 bauchgefühl: Prof. Dr. Döll, you have been involved in nutritional medicine for more than 20 years and have published numerous papers in the fields of holistic medicine and preventive health care.

You also deal intensively with cholesterol, which is talked about a lot and predominantly negatively, although this substance is of great importance for the metabolism. Could you explain to our readers what cholesterol actually is and what our body needs it for?

Prof. Dr. Michaela Döll: Cholesterol is not inherently harmful, but a very important natural substance. Cholesterol is commonly regarded as a fat – but from a purely chemical point of view, this substance belongs to the alcohols due to its structure.

It is produced in the body, primarily in the liver, and this self-production is indispensable because cholesterol fulfils a whole range of important physiological functions: For example, it is an essential component of our cell membranes, which in turn perform a number of tasks, such as the transport of nutrients from one cell to another or the exchange of information between cells.

In addition, about 50 million cells are renewed in the body every second – cholesterol is needed as a building material for this. Cholesterol is also important for brain and nerve functions. Among other things, it plays a role in the formation of synapses (connection points between two nerve cells) and influences brain metabolism processes. In summary, one can say: cholesterol ensures a good “flow” in the brain.

In addition, it is an essential precursor for a whole series of hormones. The body cannot produce sex hormones without having cholesterol available as a precursor. The sex hormones include oestrogen and progesterone in women and androgens in men. Cholesterol is also responsible for the provision of stress hormones such as cortisol and functions as the starting substance for vitamin D. This “sun vitamin” is produced by the body’s own immune system. This “sun vitamin” is formed in the upper layers of the skin with the help of UV light and is needed by bones, muscles, the immune system and more. Cholesterol is also crucial for a functioning digestive system, because it is converted into bile acids in the liver – and these in turn are essential for fat digestion. Cholesterol is therefore a real “jack-of-all-trades” and much more important for the body than its reputation would suggest.

bauchgefühl: Although cholesterol is of such great importance for our bodies, almost everyone knows someone who takes cholesterol-lowering drugs – be it statins or herbal medicines. Why is it that cholesterol levels seem to be out of control for so many people? And: Is a high cholesterol level always dangerous?

Prof. Dr. Michaela Döll: First of all, you have to realise that the cholesterol target or limit values have been permanently regulated downwards in the past decades, both with regard to “bad” cholesterol and total cholesterol. This contributes to the fact that, from the point of view of traditional medicine, increasingly more people have a raised cholesterol level and are prescribed corresponding medication.

It is important never to look at cholesterol levels in isolation, but always in connection with other cardiovascular risk factors.

Do they already have problems with high blood pressure? Are they overweight? Do they smoke? Is the homocysteine level high (note: if the occurrence of this amino acid is raised, the risk of arteriosclerosis increases)? All of these risk factors must be considered together to decide whether treatment for cholesterol levels is necessary. An increasingly frequent combination of different cardiovascular risk factors is the so-called metabolic syndrome – about 20 % of the population is overweight in combination with high blood pressure, a disturbed sugar metabolism or an elevated cholesterol level. 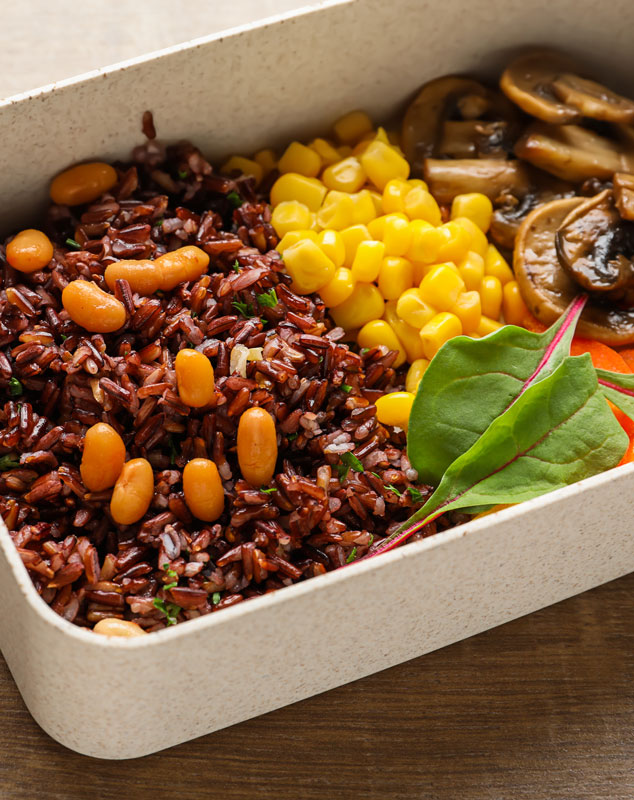 bauchgefühl: You attach great importance to helping your patients as much as possible with nutritional medicine, and in your book “Cholesterin natürlich im Griff” (EN: Cholesterol under control, naturally) you describe various foods that can help to bring cholesterol levels back under control. Which foods do you recommend and why do you think they are so important?

Prof. Dr. Michaela Döll: Fermented red rice is a particularly valuable food. This requires an explanation: fermented red rice has nothing to do with the red-coloured rice grains that are available at health food stores, for example. Rather, certain microorganisms are added to the rice, which ferment it.

This process produces, among other things, the red dye and – more importantly – a substance called monacolin K. It has been shown to inhibit cholesterol synthesis in the liver, in the same place where statins do. However, this natural substance is considered to be better tolerated than the cholesterol-lowering drugs.

There are also extremely interesting studies on vital mushrooms: the said mushrooms are able to have a positive effect on the fat metabolism and they can have a slight anti-diabetic effect, which is of course very interesting with regard to the metabolic syndrome. Among others, the shiitake mushroom (Lentinula edodes), the butterfly charm (Coriolus versicolor) and the Chinese caterpillar fungus (Cordyceps sinensis) are used.

The tasty shiitake mushroom is also known from Asian cuisine, but many other vital mushrooms are not suitable for consumption, so they can only be taken in the form of powder or capsules. In naturopathic practice, however, one does not usually rely on a single mushroom or its active ingredients, but rather several complementary medical mechanisms are used, which in sum represent an advantage for the patient.

bauchgefühl: For a long time, the artichoke has also been known as the “liver plant”, and it is known that bitter-tasting plants promote digestion. What exactly makes these plants so special?

Prof. Dr. Michaela Döll: Even the ancient Greeks and Romans used artichoke for digestive problems. It contains certain secondary plant substances that are beneficial for fat digestion: Specifically, it helps the liver to convert cholesterol into bile acids. This leads to a lowering of the “bad” LDL and total cholesterol. The plant is generally said to have a liver-regenerating effect. Foods containing bitter substances and therefore tasting bitter are fundamentally beneficial for fat digestion. These include bitter lettuces such as chicory, dandelion or radicchio.

bauchgefühl: If the use of statins for cholesterol reduction cannot be avoided in the case of severely elevated cholesterol levels, it is often recommended to additionally take coenzyme Q10. Why?

Prof. Dr. Michaela Döll: Coenzyme Q10 is a vitamin-like substance that is indispensable for energy production within the cells. Put simply, coenzyme Q10 functions as fuel for the power stations in our cells.

Especially organs that need energy, such as the brain and the heart, or muscles in general, need a lot of coenzyme Q10.

This can lead to a deficiency of coenzyme Q10 in the blood as well as in the muscle tissue, which in turn explains some of the frequent side effects of statins: Increased muscle pain or weakness, poor concentration, depressive moods, fatigue and listlessness can also burden patients. Statins should therefore only be used after a very clear clarification of the benefit-risk profile. 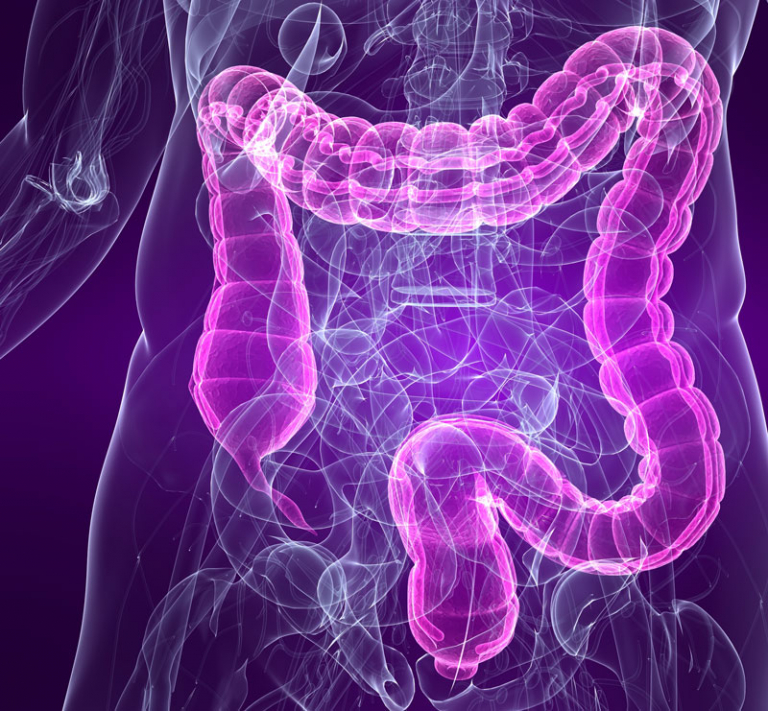 Prof. Dr. Michaela Döll: It has been known for a long time that the gut flora plays a major role in one of the biggest risk factors for cardiovascular diseases, namely obesity. The so-called “fattening” bacteria ensure that even dietary fibres, which normally pass through the intestine in whole form, are broken down and utilised.

This contributes significantly to an increase in body weight, which can be as much as one to two kilos per year, due to a badly colonised intestine. However, through targeted nutrition and specific dietary fibres, the intestinal bacteria can be programmed to “slim” again.

Studies also show that probiotics with a specially selected combination of bacteria can have a beneficial effect on various cardiovascular parameters, which is particularly essential for patients with multiple risk factors.

For example, blood sugar levels are significantly improved after a certain period of use – in contrast to the administration of placebos. Likewise, the blood lipid values can be shifted in the direction of the “good” HDL cholesterol.

Other values, such as triglycerides, abdominal measurements and weight, can also be positively influenced. You can see how important our intestinal bacteria are. At the same time, these findings show that you can counteract such diseases in advance and reduce the risk of developing cardiovascular diseases by ensuring you have an “gut-friendly” diet that is kind to your intestinal flora.

bauchgefühl: Do you have any concrete tips for a gut-friendly diet? Which foods do you recommend for a good “gut feeling” and why?

Prof. Dr. Michaela Döll: There are certain vegetables that are rich in inulin. This is great food for the “good” intestinal bacteria, which utilise this dietary fibre and can therefore grow and multiply well. In particular, black salsify, Jerusalem artichokes, asparagus, chicory, dandelion and artichokes are excellent sources of inulin. In addition, pectins are relevant as a nutrient for the “good” bacteria. We find these in various types of fruit, for example in apples (apple pectin), and here especially in the peel.

As a conclusion, I would like to state that certain foods, nutrients and plant substances as well as probiotic bacteria have enormous potential. In any case, it is advisable to talk to your doctor about the use of natural substances to get your cholesterol levels under control naturally.

bauchgefühl: Thank you very much for this interesting interview and for giving us a valuable insight into nutritional medicine!

*Prof. Dr. rer. nat. Michaela Döll has a degree in biology, a doctorate in pharmacy and is a professor at the TU Braunschweig in the Department of Food Chemistry. Nutritional medicine and preventive health care have been among her main areas of interest for more than 20 years.