In 2021, Institut AllergoSan, a centre of excellence in the study of the intestines and its inhabitants, truly proved that “All good things come in threes …”. 30 years ago, research in the field of gut health was still in its infancy. Very few were aware of what the gut really means for our overall health. However, the founder of the Institut AllergoSan, Anita Frauwallner, had an especially good gut feeling! She dedicated her life to our gut health and now after 30 years of Institut AllergoSan, we are able to celebrate two more milestones in 2021. 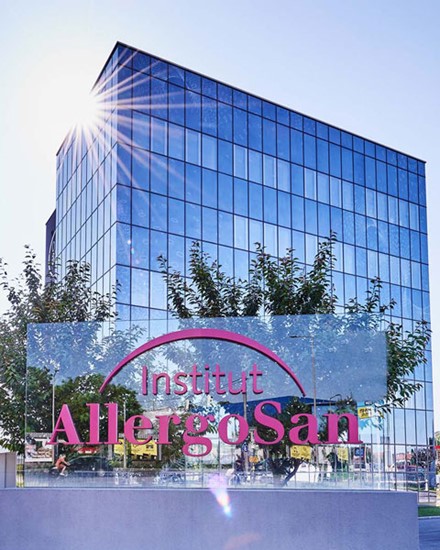 Our feelings lie at the centre of our body – not in the brain. It’s not really hard to believe, because anger and anxiety usually hit the stomach and intestines. Likewise we are told that the best way to a heart is through the stomach. The intestines may look strange, or maybe even a bit ugly – but we should all be more aware of how important our gut is for whole bodies. Our intestines are surrounded by more nerve cells than we find in the entire spinal cord, and more nerve cords lead from the intestines to the brain than vice versa. Our gut brain has a lot to say to our head brain and can do almost everything completely autonomously.

In addition to processing food, the intestine protects us from disease. That is because 80 per cent of our immune defences can be found in the gut. Our intestines are home to an army of trillions of useful bacterial soldiers. They belong to hundreds of different strains of bacteria that are much like our best friends, keeping us as happy and as healthy as possible. Unfortunately, our way of life doesn’t always suit them. However, there are ways in which we can support our gut – and that has been Institut AllergoSan’s mission for decades

30 years ago Anita Frauwallner was already convinced of the importance and the capabilities of the intestine and its inhabitants. And as ever, behind the motivation to solve a problem that affects us all, there are often personal strokes of fate. This was also the case for the founder and managing director of Institut AllergoSan, before she decided to unlock the secrets of our central organ. The gut, its trillions of bacteria and their countless interactions with our health became the focus of her life. From the very beginning, cooperation with doctors and other scientists has been the basis of a successful history, but also the personal claim to the quality and scientifically proven effect of probiotics.

“I can still remember how I was laughed at in the beginning, as many people were not aware of the enormous importance of intestinal bacteria for our health.”

This year, Institut AllergoSan celebrates its 30th anniversary and has meanwhile established itself as a globally recognised company and competence centre for gut health and microbiome research. A lot has been achieved in that time. Nowadays we know that both our physical and mental health is decisively influenced by commensal bacteria, a fascinating microcosm in the gut. Upon this anniversary, Anita Frauwaller looks back to how it all started, “I can still remember how I was laughed at in the beginning, as many were not aware of the enormous importance of intestinal bacteria for our health. Today, we use the findings from our more than 100 studies that enable the targeted use of probiotic bacteria for numerous conditions.” 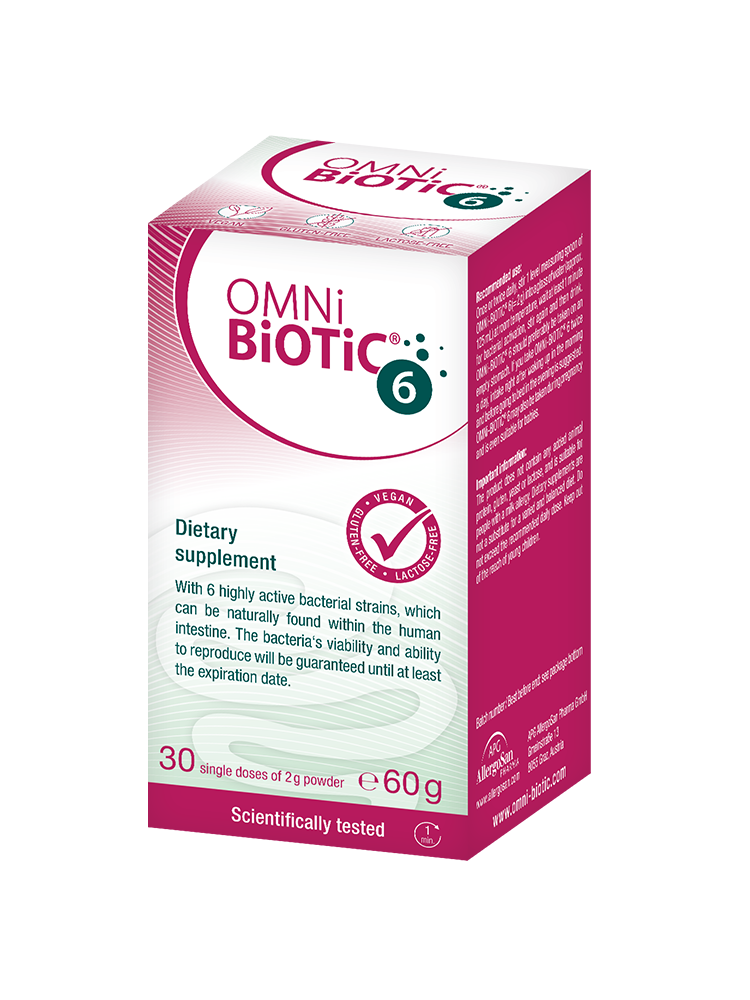 The breakthrough came 25 years ago with the sensational all-rounder probiotic – OMNi BiOTiC® 6. Institut AllergoSan developed an absolute novelty, a multispecies probiotic consisting of six completely different bacterial species. These strains work synergistically as a team, and their scientifically researched properties support the function of our intestines.

A decisive finding relating to the bacteria and furthermore implementation was revolutionary. According to findings, freeze-dried bacteria should not be packed in capsules, but should first be rehydrated outside the body in neutral liquid in order to immediately attain a high level of activity, therefore ensuring a safe passage through the stomach with high amounts of bacteria despite the aggressive acids. By producting the probiotic in powder, the very first OMNi-BiOTiC® product already ensured that the bacteria are active and functioning precisely where they are needed.

Institut AllergoSan then set two new standards in the application and production of medically relevant probiotics. Thanks to modern research methods, findings were able to show that the targeted combination of bacterial strains is superior to the administration of a single strain in a variety of application areas, and that the combination in multispecies formulations increases the potential of the individual strains even further.

Today, it is impossible to imagine the German-speaking world without the OMNi-BiOTiC® brand. What started with a small team has now grown to include over 250 employees. The company, with its headquarters in Graz, is active in almost 40 countries and recently ‘conquered’ the Gulf region after the USA and Taiwan. This is, however, not just a coincidence, but was part of Anita Frauwallner’s goal: “For 30 years, we have focused on the research and development of products made from natural substances – primarily probiotic bacteria – with the aim of maintaining or restoring the health of our fellow human beings.” In doing so, we pursue a holistic approach, namely to strengthen the health foundation of the human being even before problems arise – and using what nature has provided for this purpose. Our clear future direction is to make OMNi-BiOTiC® available globally.”

Over the past 30 years, numerous high-quality probiotics have been brought to market under the OMNi-BiOTiC® brand. Their positive effects, proven by globally renowned studies at internationally recognised university clinics, have been the cause for amazement. – And the journey through the intestinal cosmos is far from over. With 40 ongoing studies, Institut AllergoSan is underlining its claim to continue to be regarded worldwide as a centre of excellence for microbiome research. In addition, we have some more great news, that the OMNi-BiOTiC® brand has been declared a “Global Brand”. With an outstanding fourth place among all probiotics brands worldwide[1], Institut AllergoSan now ranks among the international leaders in the industry. 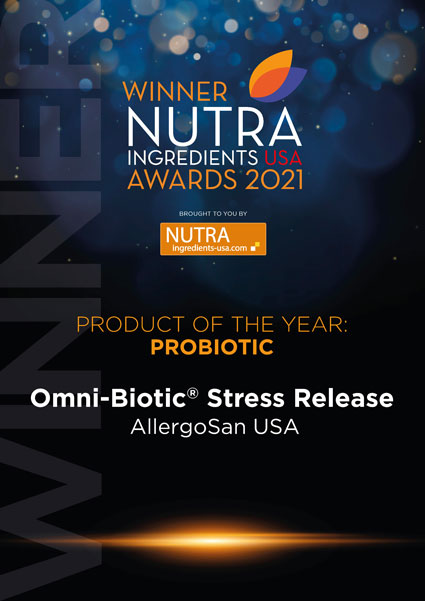 A great start in the USA!

“After only two years in the USA, which were also heavily influenced by the pandemic, I am all the more pleased that the extraordinary quality and effectiveness of our OMNi-BiOTiC® products was recognised there so quickly,” said Anita Frauwallner. Such an award is not only particularly valuable for the company because it makes the OMNi-BiOTiC® brand even better known internationally, but it also confirms the excellence of the decades of research behind the brand. One anniversary, two awards. All good things come in threes.