Much more than just a digestive hose

For a long time, we thought that the intestines were just a digestive hose. Food comes in at the top and the remains pass through the bottom end. This was a huge mistake since our intestines and its inhabitants play a significant role in maintaining our health and wellbeing: They control, among others, our immune system and have an effect on our emotions as well as our brain capacity.

The intestines accommodate more than 70% of all immune cells. However, most people don’t even think about that when they get sick. Furthermore, our intestines produce up to 20 different hormones, some of which communicate directly with the brain and are therefore an integral part of the so-called gut-brain-axis. Many diseases also begin in the intestines – i.e. allergies, food intolerances or other immunological problems such as rheumatological and neurological diseases (Alzheimer’s or Parkinson’s). But why are the intestines – too often underestimated as a simple digestive hose – so important for the health of our entire organism?

The intestines are the habitat of countless intestinal bacteria, most of which can be found in the colon. These bacteria digest, for humans otherwise indigestible, fibres and convert them into important short-chain fatty acids. These acids are absorbed by almost every type of tissue in the body, including the brain, and are vital for the energy metabolism of various cells. They also regulate inflammatory processes and act as an important energy source for the cells in the colon. That is why it is so important to have a fibre-rich diet. If you didn’t have such a diet, your important probiotic bacteria would starve. The small intestines have a much lower population density than the colon. But even the bacteria in this part of the digestive tract play a big role in our (intestinal) health. Take the lactobacilli, for example. Their job, among others, is to stabilise the pH-value in the intestines by producing lactate (lactic acid; that is why they are also known as lactic acid bacteria). This promotes a healthy and comfortable environment for health-promoting bacteria and prevents putrid bacteria, pathogenic germs and fungus from spreading. 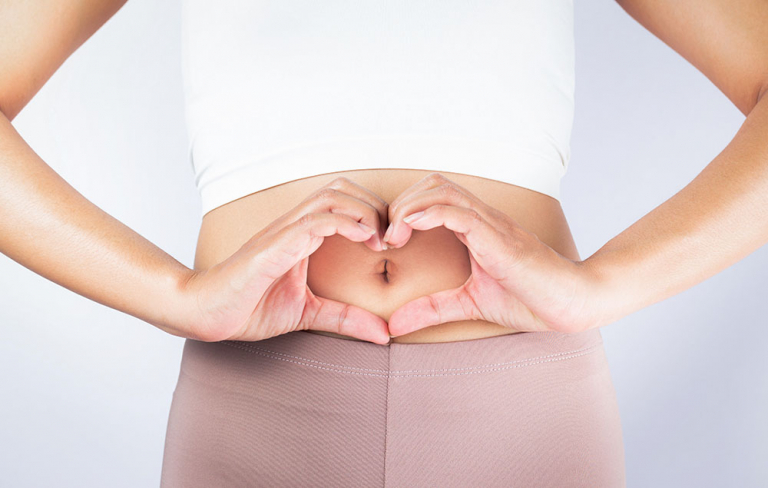 Numerically, there are at least as many, if not more bacterial cells than there are human cells on and inside our bodies according to the latest estimates. How much more, varies from person to person since the composition of the intestinal flora is just as individual as a fingerprint. The microbiome also contains significantly more genes, three million, than the 22.000 human genes. All this makes it understandable why disturbances in intestinal health and intestinal flora can cause severe and persistent diseases. Besides a dysbiosis of the intestinal flora (a condition where the composition of the microbiome, diversity and number of helpful bacteria is impaired), the so-called “Leaky-Gut” is the cause for many health-related problems. To understand this disease, we need to take a look at the layout and function of the physiological intestinal barrier.

This is comprised of three layers: The inner layer is made up of commensal intestinal bacteria on the interior of the intestines (intestinal lumen) and the mucous that these bacteria produce. When foreign germs enter the intestines, an intact intestinal flora can ward off the attack. A healthy intestine is filled from top to bottom with “good” intestinal bacteria. They make it impossible for the foreign and outnumbered bacteria to settle down in the intestines and cause damage. The underlying epithelial cells are densely connected and only allow selected substances, such as important nutrients or bacterial metabolic products (i.e. short-chain fatty acids), through. These connections between the cells, or Tight Junctions, only open to allow helpful substances to enter the organism. This makes sense from an evolutionary perspective, particularly because the intestines act as an exchange barrier between the outside world and the inner body. When poisonous or pathogenic substances and germs overcome the first two layers, the immune system – which acts as the third layer directly underneath the epithelial cells of the inner intestinal wall – is on the frontline to battle against invaders.

Numerically, there are at least as many, if not more bacterial cells than there are human cells on and inside our bodies according to the latest estimates.

What’s good for the intestines – and what isn’t?

During our hectic lives, it isn’t easy following a healthy lifestyle. Nevertheless, it is essential for the wellbeing of our intestines. Two factors are especially important: Nutrition and exercise. A diverse and, ideally, regional diet with organic products isn’t just a pleasure for our taste buds but also our intestinal inhabitants. Stick to a Mediterranean diet with veggies, ripe fruit, whole-grain products and fish. It is also recommended that you drink at least two litres of tap water or unsweetened tea a day to wash out toxins. Regular exercise, on the other hand, supports the intestines with digestion, promotes the release of endorphins (happy hormones), relieves stress and keeps the rest of the body up to scratch.

Adversely, many factors also contribute to unbalancing the intestinal flora and result in the previously mentioned dysbiosis. This occurs when there is a numerical imbalance between helpful, probiotic intestinal bacteria and pathogenic germs, and unwanted bacteria or fungi overrun the intestines. Certain drugs are especially harmful to a healthy intestinal flora such as proton pump inhibitors (“stomach protection”), antihypertensive drugs and particularly antibiotics: These don’t only attack the harmful bacteria but also annihilate the good, commensal bacteria. As a result, it is easier for a high number of pathogens to infect the intestines and cause symptoms such as prolonged diarrhoea or inflammation. Even the frequent consumption of industrial (pre-made) products that contain conservatives, colourants and emulsifiers are harmful to our intestinal health. Other harmful factors include stress, the overconsumption of alcohol as well as smoking. They all promote inflammatory reactions throughout the body, damage the biodiversity in the intestines and exacerbate a pre-existing Leaky Gut.

What happens when the “good” bacteria die out? The mucous covering the intestinal mucosa disappears, and the diversity and number of bacteria are reduced. As a result, the intestinal epithelial cells are basically naked and come into direct contact with pathogenic germs. Due to the excretion of various inflammatory molecules, the intestinal cells move apart. The intestines become “porous”. What happens next is a terrible scenario: Pathogenic germs and substances enter the body unhindered, and the immune system is overwhelmed by the resulting battle. The following exaggerated immune reaction often manifests itself as food intolerances or allergies. If this problem continues over a longer period, the pathogenic substances can wander to the outlying areas of the body and can promote, for example, skin eczema, rheumatological inflammations and even mental problems. 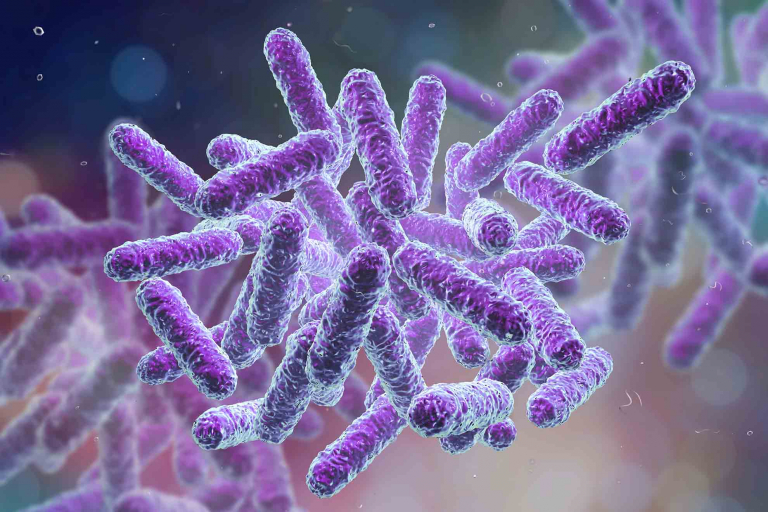 Correlations between the intestines and the mind

The impact that intestinal bacteria have on our psyche and cognitive processes is currently the focus of intense research. Up until now, scientists have discovered that the intestines and brain communicate with each other through several channels. The exchange occurs through intestinal microbes, hormones and sensory neurons. Via this so-called gut-brain-axis, the digestive tract controls the feeling of hunger and appetite but also impacts our mood and cognitive processes. If problems arise in one of these organs, the other is usually also affected. The saying “That makes my stomach turn/sink…” illustrates the correlation between emotional stress and gastrointestinal complaints. Studies have already been able to show that intestinal bacteria control emotional patterns, cognitive decision processes, and even pain perception and stress sensitivity. In one of the studies at the Medical University Graz, the impact of probiotic intake on decision-making processes was examined. As such, healthy students were divided into three groups: One group took a multispecies probiotic over a testing period of four weeks, another group received a placebo instead. Group 3 acted as a control group to recognise a possible placebo effect. All students took an emotional and concentration test during a functional MRI (fMRI) before and after the intake. This real-time recording of the brain shows changes in perfusion in different areas and revealed information about the brain function – active neurons have a higher oxygen demand and therefore need more blood. The probiotic group showed a significant increase in positive emotions. The susceptibility for depressive moods was also considerably reduced. Furthermore, the test subjects hat to solve recognition tasks with unpleasant pictures. The probiotic group was able to identify more than 85% of the pictures and had a much better memory than the placebo and control group (less than 70%). Additionally, emotional decision-making processes were examined during the study. The probiotic test subjects were very concentrated and more confident with their decisions. Simply put: Probiotics can make you happy and smart.

Besides a dysbiosis of the intestinal flora, the so-called “Leaky-Gut” is the cause for many health-related problems.

Our modern, fast-paced lives also include an increase in mental illnesses. In German-speaking countries, 3 to 6,5% of all peoples suffer from a bipolar disorder. This can already occur at a young age: 60% of the patients already develop the first symptoms before the age of 18. The disease includes depressive phases with poor memory and concentration disorders. Psychotropic drugs can alleviate the symptoms of a bipolar disorder, however, they can’t improve cognitive abilities. Studies have shown that the intestinal flora of people with mental illnesses largely differs from that of healthy people.

Using probiotics with various bacterial species allows us to precisely influence the gut-brain-axis and, as a result, emotions and memory. This was illustrated in a study at the Medical University Graz with 20 patients that received probiotics over a period of three months. At the beginning of the intake, and after one and three months, the test subjects completed two tests (Digital-Symbol-Test, Trail-Making-Test) that analysed their reaction time, concentration as well as their visual and spatial abilities. This study also showed an improvement in cognitive abilities through the intake of probiotics. The first positive results in patients with bipolar disorders underline the potential of specially combined multispecies probiotics in the treatment of mental illnesses. Different areas of the brain are positively affected by the gut-brain-axis, which can help patients on their way to a successful and healthy life.

Keeping a healthy intestinal flora isn’t only important for good digestion: By now we know that the intestines act as a central starting point in treating chronic inflammatory processes and for all health-related questions because of its dominating role in the human immune system and its connection with the entire organism.

There are two ways to maintain the vital diversity of the intestinal bacteria and create the optimal surroundings for the intestinal inhabitants: First is the supply of nutrients for the “good” bacteria in the form of prebiotics. These are soluble fibres such as pectin, inulin and oligofructose. They can be found in countless foods (i.e. legumes, certain vegetables and nuts) but can also be substituted in high doses with prebiotic products from the pharmacy. The second option is the intake of probiotics to eliminate the harmful bacteria and rebalance the microbiome. Make sure to choose selected products from the pharmacy with strict quality criteria and a proven efficacy on human wellbeing in studies.