Probiotics influence the performance of our brain

The gut-brain-axis is slowly becoming a focal point of scientific interest: Between the brain and the gut, there is a constant exchange of biochemical and nervous information – in both directions – that influences us in many different ways. Recent studies impressively show how the many different functions of the brain can be positively influenced by giving scientifically formulated multi-strain probiotics. 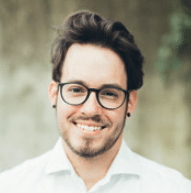 The communication between the gut and brain flows through different „channels“ such as intestinal microbes, hormones, messenger substances, or sensory neurons. The digestive tract doesn’t only control our hunger and appetite via the gut-brain-axis, but can also influence our mood, emotions and cognitive processes. That is why it is very common that when one of these organs suffers a problem, the other one is also affected. Even though the exact molecular mechanism is still unclear, scientists have been able to prove how our gut bacteria can control our emotions, cognitive decision-making process as well as our perception of pain and vulnerability towards stress. The knowledge we have gathered about the correlation between the gut microbiome and our behaviour is solely based on the results from experiments on mice. Until now, only a few experiments have been conducted on humans – in which OMNi-BiOTiC® was specifically used. Recently published studies on humans show very positive and astonishing results. 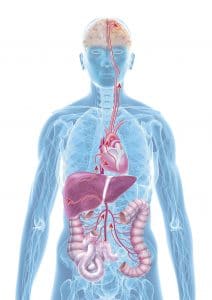 We trust our „gut feeling“ in many situations and – supposedly – favour intuitive choices over rational observations. The microorganisms of our intestines, if given in the form of targeted probiotics, can have a big impact on us as a recent publication by the Medical University Graz shows: During the course of this complex study, young and healthy adults were divided into 3 groups. The first group received probiotics, the second a placebo and the last one served as a control group. The last group included participants that received no products in order to detect a possible placebo effect. The healthy participants, all of which were students during a stressful preparation for a test, received a special multispecies probiotic with a tried and trusted combination of 9 strains over the course of 4 weeks. The participants completed an emotion and concentration test under functional magnetic resonance imaging (fMRI) at the beginning and at the end of the probiotic intake.

Thanks to these real-time recordings of the brain, researchers were able to make the changes in blood flow in the different areas of the brain visible and therefore determine the brain function. This is based on the energy demand of active nerve cells since they need more oxygen and therefore more blood.

The so-called PANAS-Score can help us determine whether a person will react positively or negatively towards environmental stimuli (see fMRI pictures above). The results of the study clearly show that the positive emotions of the probiotic group increased and improved significantly. The evaluation of the LEIDEN-Index, used to determine the severity of a depression, also showed definite improvement after the intake of probiotics: The susceptibility towards depressive moods, which can occur during stressful times, decreased. There were also significantly improved results concerning despair which, as a result, even reduces morbidity.

There was a clear difference between the participants from the placebo or control group and the happier participants from the probiotic group when performing recognition tasks with unpleasant images: The functional MRI-analysis showed that certain areas of the brain had an increased blood flow and were, therefore, more strongly activated. More specifically, brain regions were activated that are responsible for memory, improved motor function and increased awareness. These results were also reflected in the recognition rates: While the control and placebo groups were only able to recognise less than 70% of the demonstrated pictures, the probiotic group was able to identify more than 85% of the images.

Furthermore, emotional decision-making processes were also studied with an equally significant positive effect: The participants from the probiotic group showed increased alertness and were, therefore, more confident and definite in making decisions.

This study provided clear evidence that the intake of this special multispecies probiotic leads to a significant increase in concentration and memory as well as a boost in positive emotional experiences which allows the probiotic-user to be more confident and definite in their decision making.

Shouting for joy – and dying of sorrow

The number of mental diseases is steadily growing in our fast-moving and stressful society. 3-6,5% of all people in German-speaking countries suffer from a bipolar disorder during the course of their lives, with the majority of cases occurring at an early age: 60% of the affected report first feeling symptoms before the age of 18. What is dramatic in these cases is that patients also suffered from memory loss and concentration disorders during their depressive phases.

And even though the intake of several psychotherapeutic drugs lead to a remission – that is a reduction of symptoms – of the bipolar disorder, they didn’t necessarily lead to an improvement of cognitive functions. In other words: Despite patients being mentally stable, a return to their education or jobs is not feasible and massively affects the patient’s self-esteem.

Does a sick psyche equal a sick intestine?

For quite some time, studies have repeatedly shown that the intestinal flora of people with mental illnesses drastically differs from that of healthy people. For that reason, the AllergoSan Institute designed a multispecies probiotic 8 years ago to target the gut-brain-axis and improve emotions as well as the patient’s memory. These effects were investigated in a pilot study at the Medical University Graz involving 20 patients with a bipolar disorder: Each participant received a daily dose of the probiotic with a special combination of 9 bacterial strains for 3 months. Several tests were conducted at the beginning, after 1 month and after 3 months of the study to determine the cognitive function of the participants.

The so-called Digit-Symbol-Test allocates different symbols to the numbers 1-9. The patients then have to assign the symbols to as many numbers as possible within 90 seconds and challenges the reaction speed, concentration, and visual and spacial ability of the participants. Already after 4 weeks of the probiotic treatment, the patients showed a significant improvement in their memory, specifically regarding their concentration and reaction speed and improved again after another 2 months.

Furthermore, the test subjects also completed different variants of the Trail-Making-Test which determined the visual and motoric processing speed of the participants. After a 1-month intake of the probiotics, these tests also demonstrated a clear improvement in cognitive flexibility, a decisive part of purposeful actions. And just like in the previous test, the results continued to improve significantly over the following months of probiotic intake. These results give many psychologically unstable or depressive patients hope since the study clearly shows that a poor memory can be improved with the help of this special probiotic.

The visible changes in the brains of healthy test subjects are already very impressive. Reassured by the positive results in patients with bipolar disorders, we can rightly say that the potential of specially combined multispecies probiotics as a treatment for mental diseased is even bigger than originally thought. Different areas of the brain are positively influenced – without side-effects -, and the affected are supported in their journey back towards a successful and healthy life. 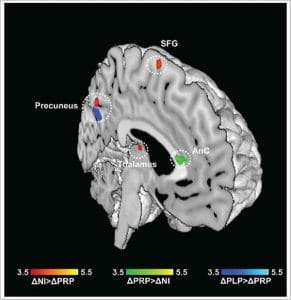 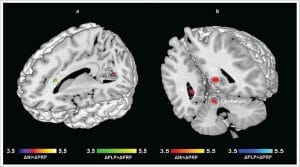