How bacteria influence our skin

“Our skin is the mirror of our soul” is a well-known german proverb with a bit of truth to it. Emotional stress often takes an involuntary effect on our skin and complexion. The skin becomes pallid, pale or red and full of pimples. Stressful situations just before a difficult test or an important presentation often lead to a large pimple popping up in the middle of our face. But why does this happen?

With almost two square metres of surface, the skin is a ginormous ecosystem for microorganisms. Just as in our intestines, the skin is home to bacteria, viruses and fungi. Surprisingly, there are more microorganisms on your skin than there are people on earth. Most of these inhabitants live on the upper-most layer of the epidermis and within the hair follicles. Just by taking a look at someone’s face, we can tell whether this person has been taking care of themselves lately. Whether it’s an unhealthy diet, too little sleep or too many cigarettes – it all shows on the skin. It appears tired, gets pimples easily and is noticeably dry. In this context, not only our lifestyle leaves its mark on the skin – the intestines evidently also influence our skin’s health. Patients with skin diseases showed significant changes in their intestinal flora and intestinal barrier.

If the intestines don’t work properly, they can’t optimally absorb vitamins, minerals and important trace minerals such as zinc. When harmful substances enter the body, they can trigger allergic reactions which lead to pimples, acne and eczema on the skin. Besides increasing skin reactions, pathogenic intestinal bacteria and fungi multiply within the body and produce toxins. Not only do these toxins upset digestion, they also harm the skin.

What are the causes of skin conditions?

There is a plethora of skin diseases with a corresponding number of causes. External factors such as sunlight, the use of incorrect skin products or make-up can all play a role. There are also internal processes that influence the skin. Some examples for this would be systemic inflammations within the body, a disturbed intestinal flora or a misguided immune response. If a person is under constant stress and severe pressure, then the immune, nervous and hormonal systems are all running at full capacity. While under stress, more hormones are produced in the body and the immune system is weakened. This results in “silent” inflammations, which plays out on our skin through reddening and rashes.

There are also other factors that influence our skin and cause problems:

Skin problems are also typical during certain stages of life. For example, many adolescents develop acne and blackheads during puberty because of a change in hormones. Likewise, the skin also changes during the menopause of a woman, with hormones again being the culprit. With increasing age, the skin automatically becomes thinner, dryer and more sensitive. When the skin develops blackheads, pimples or ultimately acne, there are several causative factors. Blackheads develop when the glands produce excessive sebum. As a result, the sebum can’t escape because of the calloused skin and therefore develop “plugs” that block the exit of the follicles. The skin pigment melanin then reacts with oxygen, which gives the plug of the blackheads their dark colour. Blackheads are mainly found on the forehead, nose, chin and over the entire face if the skin is exceptionally fatty. Once a blackhead becomes inflamed, we refer to it as a pimple. The skin is red, bacteria and other pathogens settle down and cause an infection. Often, puss deposits develop on the tip of the pimple, which can cause pain.

Acne, on the other hand, is mainly a hormonal disease that affects young men as a result of increased testosterone production. Boys in puberty often struggle with their hormones wreaking havoc in their bodies. Male hormones cause the sebum glands to produce more skin lipids to protect the skin against harmful factors in their environments. However, the excretory ducts of the sebum glands are too narrow in cases of acne, which hampers the discharge of liquids and results in a sebum gland blockage.

What kinds of skin conditions are there?

Besides causing pain and itchiness, skin conditions can also be a severe psychological burden. Pimples, blemishes and redness are difficult to cover up and cause the affected to feel very uncomfortable. Skin conditions come under many different names and differ in form, consistency and size. These changes can occur across the entirety of the skin’s surface or on individual body parts.

Skin diseases – what role do the intestines play?

Many people still don’t realise that skin conditions are very closely related to a change in the intestinal flora. Scientific tests show that patients with chronic skin conditions such as rosacea, neurodermatitis and psoriasis often have an imbalance within their intestines, a so-called “dysbiosis“. In other words, an impaired microbial composition. If on top of it all, there are too many pathogenic germs in the intestines, scientists refer to a dysbalance of the intestines. This often results in various diseases and inflammations in the body. Many things that are ingested by the body are metabolised and excreted. The skin is just one of these many outlets. This can lead to irritations and can change the complexion of the skin. Studies have already increasingly shown that the number of lactobacilli and bifidobacteria are drastically reduced in patients with acne. The intake of these bacteria in acne patients leads to significant improvements by reducing the number of pro-inflammatory hormones. When the intestines aren’t working optimally, vitamins, minerals and trace elements such as zinc and selenium aren’t absorbed properly. Pollutants and harmful substances can now enter the body freely and cause inflammations and allergic reactions in the form of pimples or atopic eczema. Such reactions within the body weaken the immune system, making it incapable of dealing with certain attacks by germs.

What really helps against skin problems? 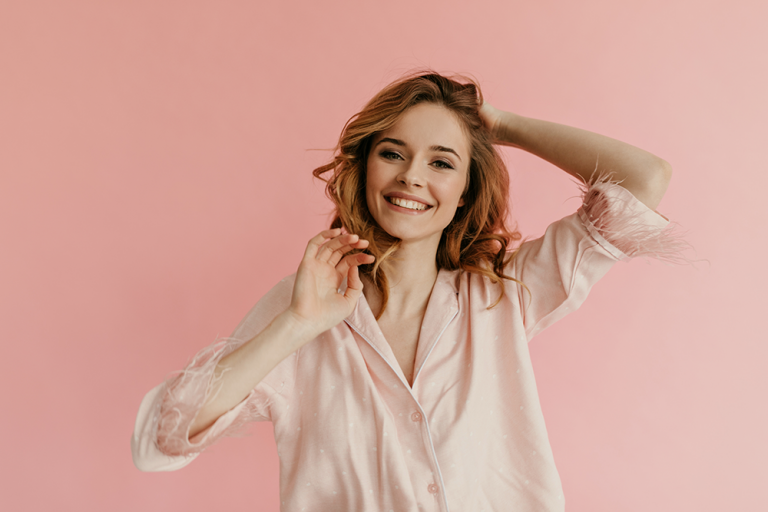 Only very few people have the fortune of having flawless skin. Almost everyone has to contend with pimples or blackheads every once in a while. A simple solution is a change in diet or reducing the amount of daily stress. Permanently painful and inflamed pimples in the face, on the other hand, are more problematic. In such cases, you should definitely go to a doctor before starting at-home experiments. Often enough, buying the most expensive skin products at the pharmacy or drugstore doesn’t help either since the origin lies within the body.

The following steps can help improve your general skin complexion: 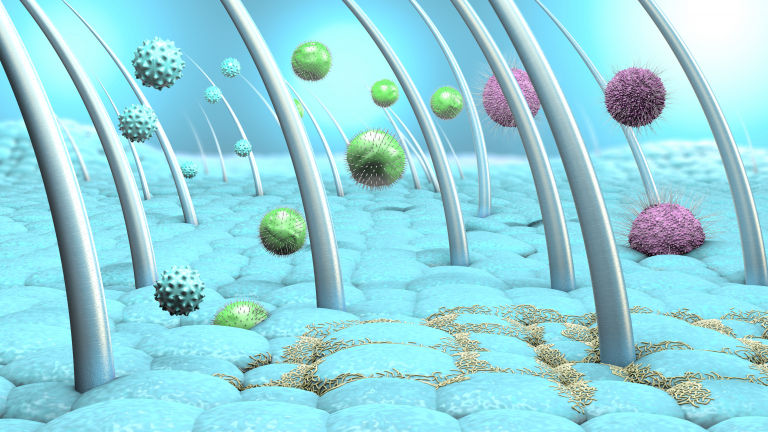 Can bacteria influence our skin?

Physicians refer to the umbrella term “acne” as a general disease of the sebum glands and hair follicles of the skin. It all starts with blackheads that later develop into papules, pustules and nodules. The face, upper chest, back and neck are the most commonly affected areas. The causes of acne are manifold. Acne often occurs during the teenage years, a time of hormonal change. However, other phases of life are also associated with drastic hormonal changes such as menstruation, pregnancy, menopause and old age. Even day-to-day stress, drugs, skin lesions, hereditary acne and the use of the wrong skin products can be the cause of acne.

Like the intestines, the skin has its own microbiome with the same set of rules: If the bacterial colony is out of balance, then the skin isn’t protected against the proliferation of harmful bacteria. How acne-outbreaks can be prevented by bacteria is still unclear. Nevertheless, scientists are certain that probiotic bacterial strains can have a positive impact on skin complexion. The intestinal microbiome is in close contact with that of the skin. If there is an imbalance in the intestines, it can negatively influence the microbiome of the skin and disturb its balance. Studies also certify that the addition of special bacterial strains can have a positive impact on the microbiome of the skin. Promising probiotic strains that strengthen the skin include Lactobacillus acidophilus W22, W37, and W55 as well as Bifidobacterium bifidum W23.

Helpful commensal bacteria within the body form a vital protective layer against microorganisms such as harmful bacteria, fungi and toxins. These “good” bacteria literally stand between the skin’s surface and outside microbes, thus forming a protective barrier. Probiotic bacterial strains are antimicrobial: They support pre-existing “good” bacteria and prevent skin irritations that could ultimately lead to acne. As soon as pathogenic microbes enter the body, they trigger a reaction by the immune system. The body switches into a defensive mode which leads to inflammation. Scientists assume that bacterial strains within modern multi-species probiotics reduce theses defensive reactions in the body, thereby counter-acting acne outbreaks.