The microbiome of the ice age man 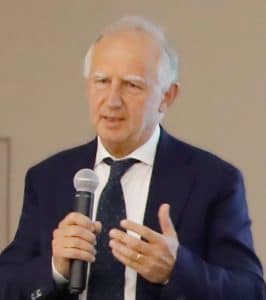 What can we learn from „Ötzi’s“ microbiome and what conclusions can we draw about our ancestry? MA. Anita Frauwallner searches for answers to these question in an interview with PhD. Peter Malfertheiner from the Otto-von-Guericke-University in Magdeburg, a pioneer in Helicobacter pylori research and had the honour of studying the oldest mummy in the world.

Anita Frauwallner: You’ve spent many years intensively studying the human microbiome and its impact on our health. Can we draw any conclusions nowadays about how germs colonised our bodies and their further development?

Prof. Dr. Peter Malfertheiner: We are inhabited by an unimaginable amount of microorganisms. On and inside us, fungi, archaea, viruses and especially bacteria, who make up over 90% of our „residents“, bustle around. These days, we can say with certainty that the faecal microbiome evolved parallel with hominids (N.B. apes), which tells us that the microbiome can be inherited just like other traits and has accompanied us for millions of years. In other words, we have a human and a microbial genome – the latter of which vastly exceeds the human genome. By using the microbial genome, we can determine where a person comes from with the help of Helicobacter pylori.

There is, for example, an African, a European and even an Asian genome, each one with its own characteristic traits, which help us determine the origin of man and how they migrated. Our microbiome continues to evolve thanks to outside influences. Overeating, preservatives, antibiotics and other drugs, as well as stress damage our intestinal bacteria – on the other hand, fibre-rich food, sports and probiotics can have a positive effect on our microbiome.

Our intestinal bacteria adapt to our living conditions. If we compare the composition of the microbiome of, for example, an adolescent from Florence to that of an adolescent from Burkina Faso, its adaption can be demonstrated clearly: The Italian intestine was mainly comprised of bacteria from the main group „Firmicutes“, which is mostly found in overweight people. In Burkina Faso, however, „Bacteroidetes“ prevail, which dominate the intestines of lean people. More importantly, children in Burkina Faso can extract the maximum amount of energy from fibre-rich staple foods which they need to survive thanks to their intestinal germ profile.

Anita Frauwallner: You’ve also spent many years studying Helicobacter pylori, a stomach germ. What is the focal point of your research? 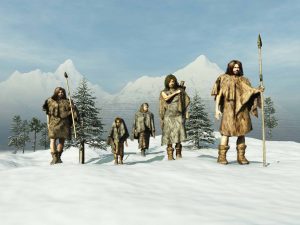 By now we know that the detection of Helicobacter pylori is always associated with an active chronic inflammation of the stomach mucosa. We also know that people who carry Helicobacter pylori have a very different microbiome composition than that of the non-infected. Ulcer diseases, which form lesions primarily in the stomach and duodenum, can be cured by eradicating Helicobacter pylori. In order to do this, antibiotics and proton pump inhibitors are used, both drugs that can damage the intestinal flora and lead to significant side effects. Probiotics can reduce the side effects when taken parallel to the treatment. If side effects (such as diarrhoea) occur, taking probiotics is definitely recommended.

Anita Frauwallner: In 2010, you had the once in a lifetime chance to perform a gastroscopy on „Ötzi“. What can you tell us about the ice age man?

Prof. Dr. Peter Malfertheiner: Ötzi is the oldest naturally preserved mummy in the world: The Iceman is 5.300 years old – and therefore older than, for example, the Cheops Pyramids. Ötzi had an average build for his time being 1,60m tall and weighing 50kg, hunted and already practised early agriculture. He suffered from osteoarthritis, arteriosclerosis and was also infested with parasites (helminths). Furthermore, according to a pollen analysis, we can assume that he died in spring.

During our investigations in 2010, we wanted to do as little external damage to the mummy as possible. That is why we used a gastroscope. However, it wasn’t possible – as it usually is – to access the digestive tract by intubating the oesophagus… You have to imagine: The mummy is completely dried out, leathery and stiff, and due to the loss of water it only weighs 15kg. The oesophagus had shrunk together like a string and was impassable for a gastroscope. That’s why we had to eventually make a small incision in the abdomen in order to extract samples from the intestinal tract. In addition, we were able to remove the stomach contents, which were further analysed: Ötzi was a true gourmet, his stomach was full of different types of meat and grain.

Anita Frauwallner: Because the mummy was preserved for so many years, you obviously couldn’t determine the exact bacterial composition of „Ötzis“ digestive system. Could you, however, at least gather some information regarding the composition?

Prof. Dr. Peter Malfertheiner: Indeed, the mummy didn’t have any mucosa that we could analyse. That is why it was very unlikely that we would find anything at all. The research group then analysed the complete DNA of the stomach contents, and that’s when we struck gold: Using a special method, we were able to filter single sequences out of the entire DNA and actually reconstruct the genome of a 5.300-year-old Helicobacter pylori. What made me especially happy was finding the germ that had accompanied during my entire scientific career in the oldest mummy in the world. 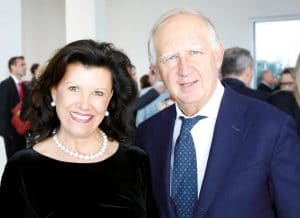 Anita Frauwallner: You contributed a great deal to the publication about „Ötzi“ and his 5.300-year-old Helicobacter pylori genome. What did you discover from the genome of „Ötzi’s“ germs?

Prof. Dr. Peter Malfertheiner: The publication caused a great sensation for a number of reasons: The Iceman did not only have Helicobacter pylori in his intestines but already the virulent, pathogenic stem of it. And Ötzi reacted – just as we do today – with an inflammation, which we were also able to prove. Just like in modern diagnostic, we measured the amount of Calprotectin, a protein that indicates inflammation. If someone has an inflammatory reaction in their intestines, we can detect an increase of Calprotectin – the more severe the infection, the higher the amount of Calprotectin. Ötzi had high amounts of Calprotectin which leads us to the conclusion that he not only was infected by a pathogenic stem of Helicobacter pylori but also already had a severe infection.

We could also shed some light on another exciting topic, namely, where Ötzi came from: The Helicobacter pylori genome was very similar to that of stems found in modern middle and south-east Asia and not to those of modern Europe. Helicobacter pylori originally spread out from Africa and we can assume that the African and Asian versions of this germ mixed with the modern European one. This conglomeration probably only happened after Ötzi’s time, which means the settlement of Europe is much more complicated than we originally thought.

Anita Frauwallner: Prof. Mafertheiner, thank you so much for these exciting insights in „Ötzi’s“ microbiome!

*Prof. Dr. Peter Malfertheiner retired in 2018 and was the head of the university clinic of gastroenterology and hepatology at the Otto-von-Guericke-University in Magdeburg until then. A key component of his research is the Helicobacter pylori germ, which he was able to identify in the stomach of the ice age man „Ötzi“.

Ötzi is also known as the man from Tisenjoch, the man from Hauslabjoch, the man of ice or the mummy from Similaun. This Iceman from the late Neolithic Age or Copper Age was found in the Ötztaler Alps in South Tyrol in 1991. The time of death is estimated to be between 3.359 and 3.105 b.c., which makes Ötzi 5.300 years old. The mummy, its clothes and weapons are on display at the South Tyrolean Archaeology Museum. 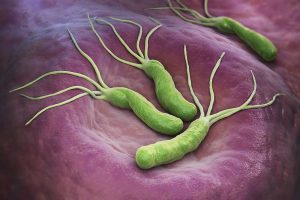 Helicobacter pylori is a rod-shaped bacterium that inhabits the human stomach undamaged by the gastric acid. The germ derives its name from its spiral-shaped form (helix) and its habitat in the stomach, the pylorus. The germ was discovered by the Australians Barry Marshall and John Robin Warren in 1983 and in 1989, Helicobacter pylori was recognized worldwide as the cause of gastric ulcers. In 2005, both men were awarded the Nobel Prize for Medicine.

Helicobacter pylori are spread out over the entire world. Already 370 different stems of the germ have been discovered, all of which differ drastically in their DNA. It has been proven that the bacterium is preferably passed on within families and that the different stems throughout the world vary genetically. By comparing the bacteria DNA, we can indirectly determine the population migration through the distribution of Helicobacter pylori.

Treatment of a Helicobacter pylori infection

When treating a Helicobacter pylori infection, a so-called eradication therapy is used to completely eliminate the germ. For this purpose, a proton pump inhibitor and two antibiotics are combined. To counteract a development of resistance, a bismuth-based quadruple therapy can also be used. Because these treatments drastically compromise the healthy intestinal microbiome, an accompanying probiotic therapy is an effective way to reduce side effects. If side effects such as diarrhoea occur, probiotics are definitely recommended.