Although Akkermansia muciniphila is actually one of the bacteria most commonly found in the human intestine, this gram-negative bacterium was only discovered in the early 2000s. Since then, multiple studies have been able to show how important it is for us. This is because the bacteria are essential for maintaining the intestinal barrier and also seems to play an important role in various diseases such as metabolic syndrome, diabetes and obesity.

What is Akkermansia muciniphila? 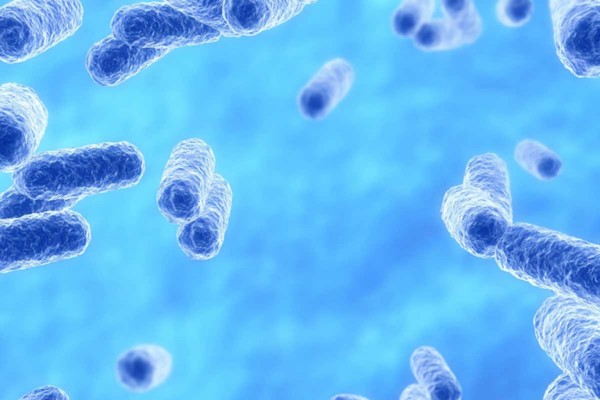 Akkermansia muciniphila (A. muciniphila) is a gram-negative bacterium that makes up about 3 – 5 % of all intestinal bacteria. Therefore, it is quantitively one of the most common varieties in the human intestine. After birth, it begins to colonise the intestine and already reaches a level similar to that of an adult in the first year of the child’s life. The early colonisation of the intestine may be related to its presence in breast milk.

A. muciniphila is strictly anaerobic, which means that it cannot tolerate oxygen. The bacteria, as its name suggests, feeds on the mucus of the colon wall and therefore stimulates its constant regeneration. As a result, the density of mucus-producing epithelial cells is also supported. This means that Akkermansia muciniphila makes a significant contribution to the vitality and maintenance of the intestinal mucosa.

It also has the job of of feeding other bacterial species, such as Facalibacterium prausnitzii. This bacteria is able to metabolise the metabolic products provided to it by A. muciniphila and produces butyric acid (butyrate), and this is the main source of energy for the intestinal epithelial cells. Since its discovery in the early 2000s, intensive research has been carried out on not only Akkermansia muciniphila itself, but also its conspecific species, as well as the entire gut microbiome. This is because studies repeatedly show the influence that the intestinal flora can have on a person’s well-being and the connection that various diseases, such as metabolic syndrome, etc., can have with a dysbiosis of the intestinal microbiome.

Relationship between diseases and Akkermansia muciniphila

In general, A. muciniphila colonisation density varies from person to person and age also seems to have an influence. Furthermore, there are indications that even our geographical location may play a role. For example, people from southern China have a lower population density of Akkermansia muciniphila than Europeans. Studies also show that there seems to be a correlation between the number of A. muciniphila and certain diseases. For example, patients with chronic inflammatory bowel diseases such as ulcerative colitis, Crohn’s disease, obesity or metabolic disorders (e.g. type 2 diabetes), or metabolic syndrome, were found to have lower numbers of the bacteria than healthy individuals.

Presumably, the lower number of the bacteria leads to an increased permeability of the intestinal barrier (leaky gut), meaning that increased inflammatory factors, such as lipopolysaccharides (LPS), can enter the blood plasma. Fewer Akkermansia muciniphila and Faecalibacterium prausnitzii were also found in children with asthma than in healthy children. In a clinical study, it was shown that the administration of A. muciniphila led to a reduction in inflammatory reactions and an improvement in liver dysfunction. Many of the test persons also lost weight during the study, although they did not change their eating habits and did not exercise any more than before. 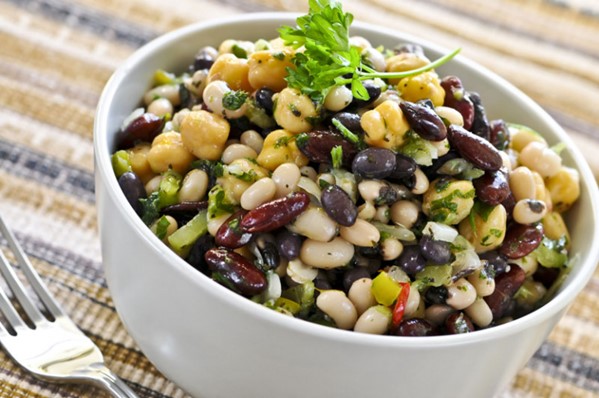 The right diet is likely to have an influence on the number of A. muciniphila bacteria in the human intestine. Eating enough fruit and vegetables seem to positively influence growth, whereas an unhealthy and high-fat diet leads to a reduction in the number of bacteria.

Akkermansia miciniphila is strictly anaerobic, this means it cannot survive exposure to oxygen. For this reason, it is incredibly difficult to create an Akkermansia muciniphila supplement, it is difficult to ingest the bacterium as a probiotic (i.e. in a living state).

However, even though we are not able to supplement Akkermansia muciniphila, it is possible to stimulate and support its growth with the right foods. In particular, dietary fibre, which reaches the intestine undigested, can help give A. muciniphila a boost. A. muciniphila also loves foods that include psyllium, such as white beans, chickpeas, broccoli, lentils and artichokes. Additionally, polyphenol-rich foods (polyphenols are secondary plant substances) can also be beneficial, these include, for example, blueberries, aronia berries, cranberries and nuts. Fish oils, whether from food supplements or fish such as salmon, mackerel, herring or halibut can also have a positive influence on growth.

Since the average European does not eat enough fibre (less than 30g per day), there are specially combined prebiotics that function as a source of food for the “good” intestinal bacteria. Prebiotics have the advantage that they enter the intestine undigested and can promote the growth of bacteria. The bacteria then in turn reciprocate the favour with increased activity and, as a result, a strengthen your intestinal barrier. This means that even without an Akkermansia muciniphila supplement, taking a prebiotic can support the growth of the bacteria in the intestine.